Serves 8
Looking for a new and novel dish to serve for Christmas instead of the traditional roast turkey? Here it is! Combine half a chicken with half a duck! This gives you the benefit of both. Cooking the poultry combo at a relatively low temperature does justice to both and gives you a juicy tender chicken and a more robust flavoured duck all in one.
Recipe Category
Poultry - Chicken, Poultry - Duck, Traditional Homegrown South African Recipes
Occasion
Festive Season
Products in this recipe

Instead of sewing the duck and chicken halves together, simply match up the halves and tie them together with cotton string. The only disadvantage of this easy method is the string marks left on the birds.

Empty Stuffing Mix into a medium bowl. Add raisins, 3 T (45 ml) olive oil, boiling water and Plum Marinade. Stir and leave to stand while preparing the poultry.
Halve both the duck and the chicken through the breastbone and backbone.
Prick the skin of the duck all over with a sharp fork or pointed knife. Remove wing tips.
Season birds very well on all sides with Chicken Spice.
Use string and a trussing or curved upholstery needle to attach the one duck half to the one chicken half along the back bones. See Ina’s Tip for non-sewing method.
Divide the stuffing in half and spoon onto each duck half.
Close the carcasses and sew each up along the breastbone or tie together with string.
Place on a rack (for ventilation) and leave open in the fridge overnight, this ensures flavour penetration and a crisper skin.

Drizzle and rub the birds with olive oil.
Adjust oven shelf two slots below the middle and preheat oven to 160°C.
Scatter the giblets, if provided with birds, wing tips and onions into an oven roasting pan. Add sage.
Dissolve Chicken Stock Powder in boiling water and add to the pan.
Place duck ‘n chicken combo’s onto the onion base.
Cover loosely with wet baking paper.
Roast for 2 hours. Remove and reserve paper, turn oven up to 180°C.
Generously baste poultry with Sticky Plum & Soy Marinade (reserve the rest).
Put poultry back in the oven.

In a separate ovenproof dish, smear a little Marinade over the base. Position plums, cut side up, in the dish. Brush over Marinade to coat.
Add star anise to 6 of the plum halves.
Roast plums open together with the poultry for a final 25 – 30 minutes basting poultry with Plum Marinade once more.
Remove poultry and plums from the oven, tent with used baking paper, and allow to rest for 10 minutes.
Strain the pan juices, spoon off the fat, return to pan, and thicken gravy with a little maizena.
Remove string from the birds before carving.
Serve with plums and gravy. 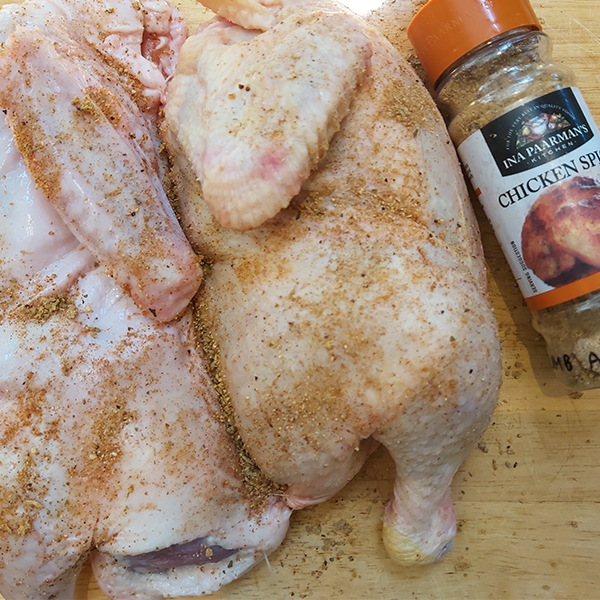 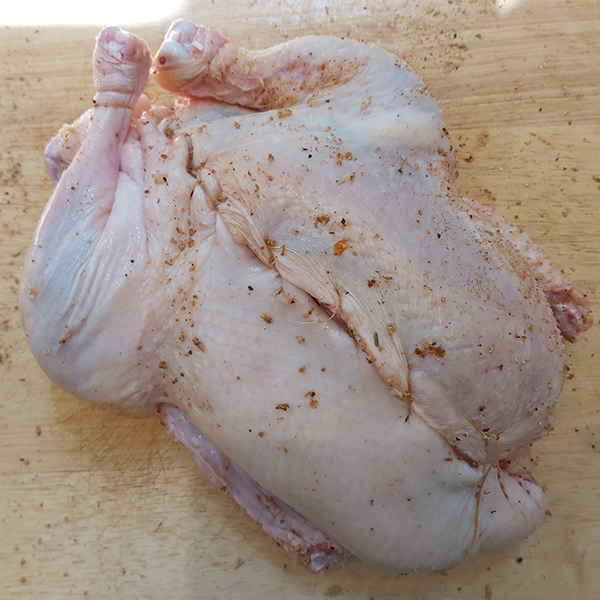 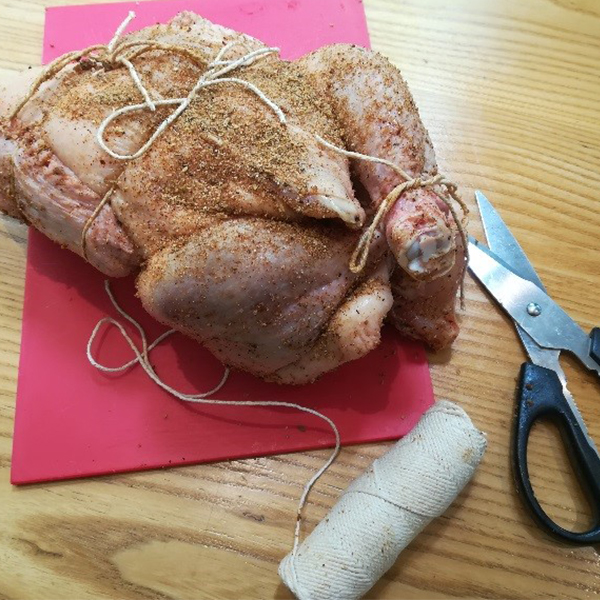 Halves tied together with string 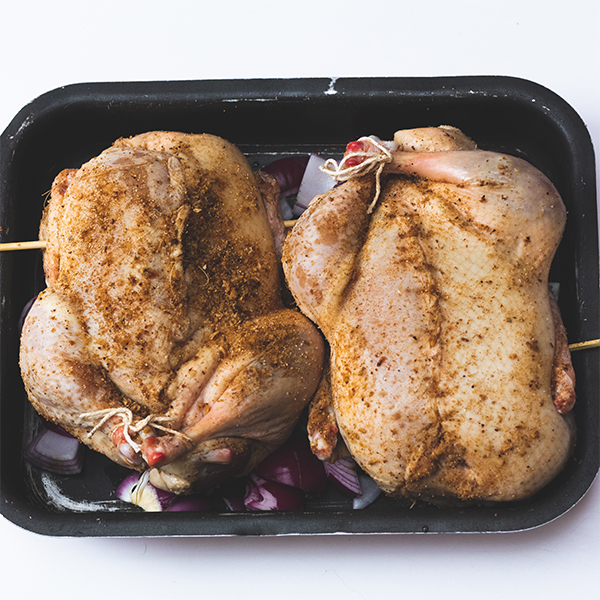 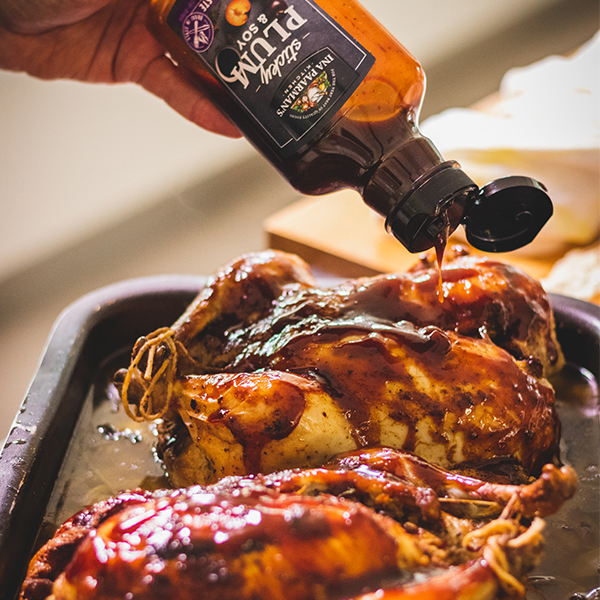 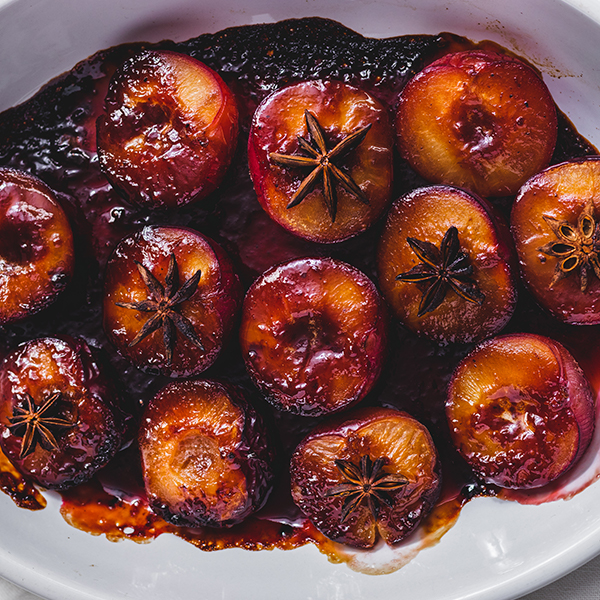