In a medium mixing bowl, measure the lemon rind, lemon juice and water. Add the Cheesecake Mix and beat until well blended.

Using the same beaters whip the cream in a smaller mixing bowl until it starts to hold its shape. Add the whipped cream and yoghurt and gently fold into the cheesecake mixture. Scrape into an ice cream container and freeze until just firm. Remove from the freezer. Use an ice cream scoop to make balls. Refreeze the balls.

Use up leftover wholewheat bread in this novel way. The praline will keep in a sealed container in the freezer.

Fry breadcrumbs in butter until all moisture has evaporated and crumbs have become a darker brown. Shake pan every now and again. Add sugar and cinnamon, shake pan over medium heat until sugar is blended in and the full flavour of the cinnamon has developed. Shake mixture out onto a plate to cool. If it sticks together when cold, put it into a plastic bag and break it up with a rolling pin. Freeze or use immediately to give taste and texture to ice cream, fresh fruit or cheesecake. 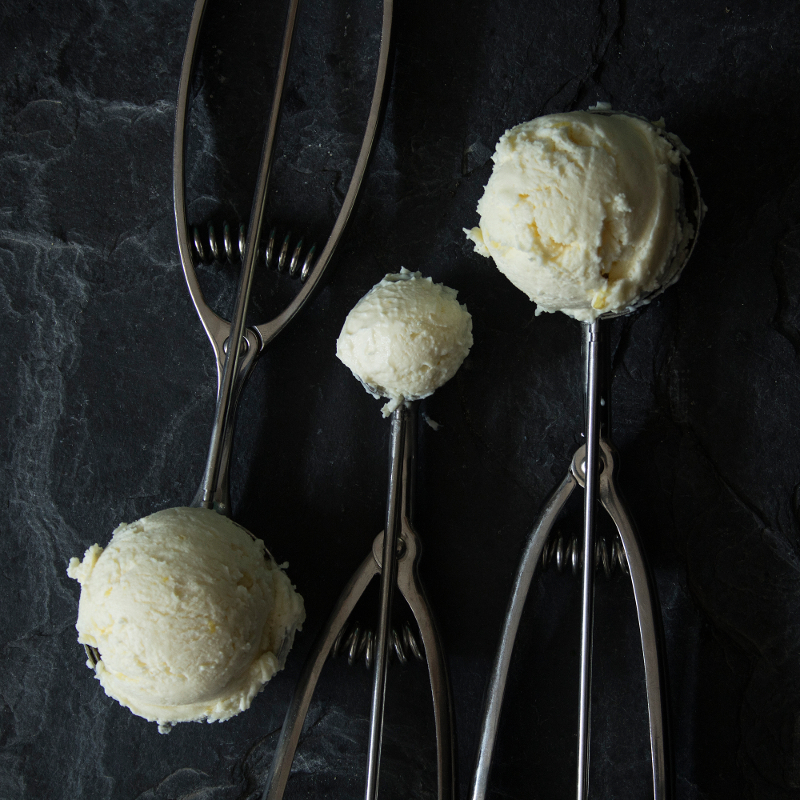