Makes 24
Milk tart is as traditional as biltong! Here is a modern take on an old classic. To give these mini milk tarts flavour and body we have incorporated some of our dry Vanilla Cake Mix. You will be able to make 4 batches of milk tart out of one box of Vanilla Cake Mix – measure carefully (150 g) and store the leftover mixture sealed with a peg, in the fridge. Instead of the phyllo pastry, line the muffin pans with shortcrust pastry.
Recipe Category
Dessert - Cold, Traditional Homegrown South African Recipes
Products in this recipe

Brush a sheet of phyllo pastry lightly with melted butter. We used a small sponge paint roller which works much quicker than a brush. Lay another sheet on top and brush with butter. Cut into squares 11 cm, depending on the size of your muffin pans. Repeat procedure with remaining sheets of phyllo making sure the points of pastry squares are angled (see pic). Now mould phyllo into muffin tins. Press down well, first with fingertips and then with a glass.

Bring the milk and broken cinnamon just to the boil. Remove from heat, cover and leave to draw for 20 minutes. Add the butter. Adjust the oven rack to the middle position. Preheat oven to 180°C. Remove the cinnamon pieces from the milk. Separate the eggs. Add a little of the warm milk to the yolks while beating with a balloon whisk. Return egg mixture to the pot and then beat in the Vanilla Cake Mix with a whisk. Add almond essence. Keep stirring over the medium heat with the wire whisk just until the mixture starts to thicken on the bottom of the pot, immediately remove it from the heat and keep beating, away from any heat, until the consistency is like a very thick yoghurt, it may form lumps, just keep beating with whisk away from the heat.

Mix the sugar and cinnamon and sprinkle a little of the cinnamon sugar over each of the mini tarts.

Bake for ± 15 minutes until puffy and golden. 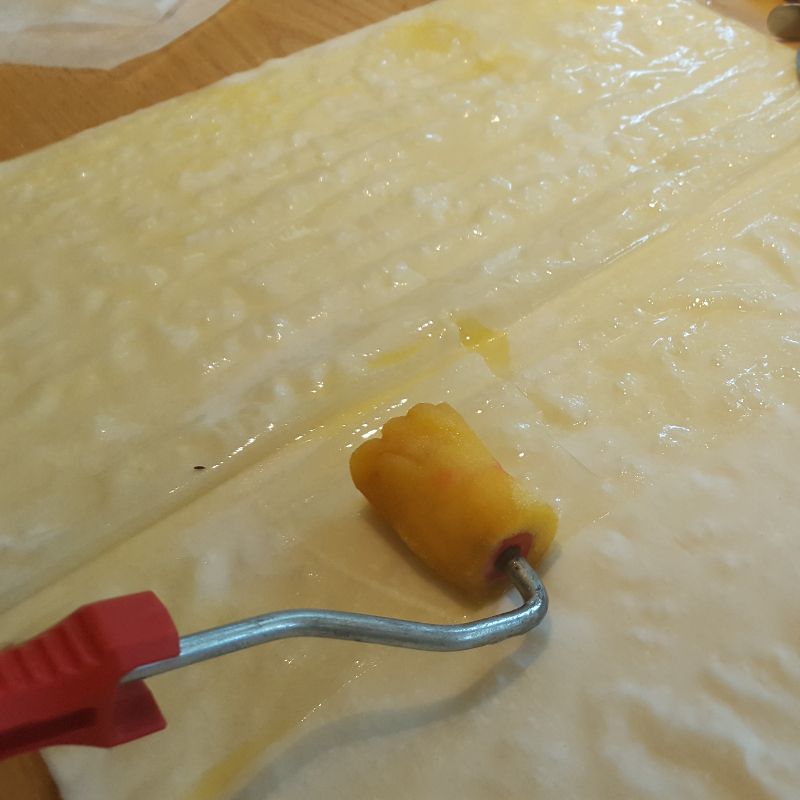 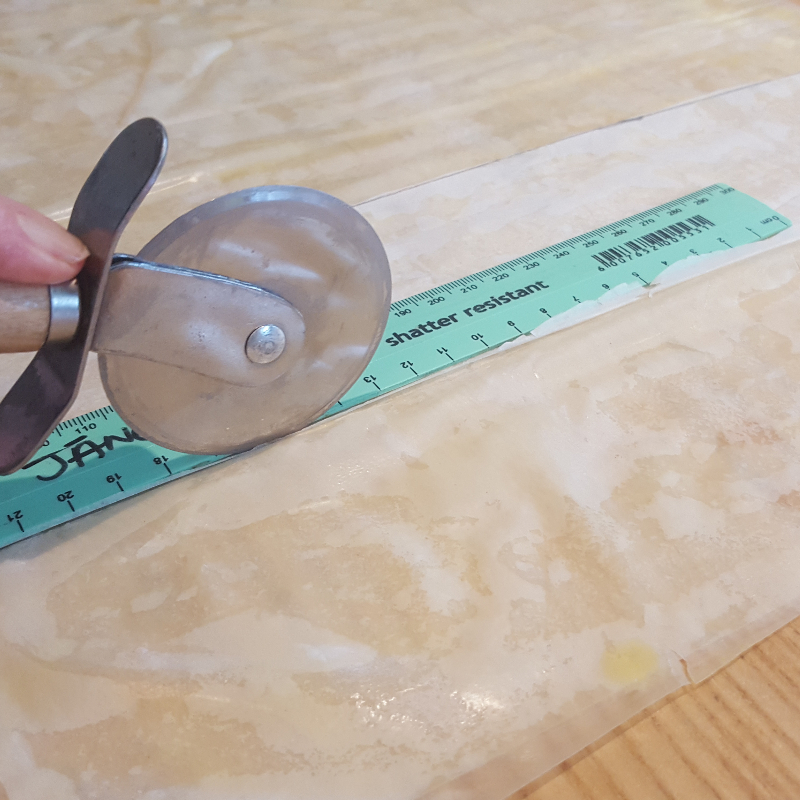 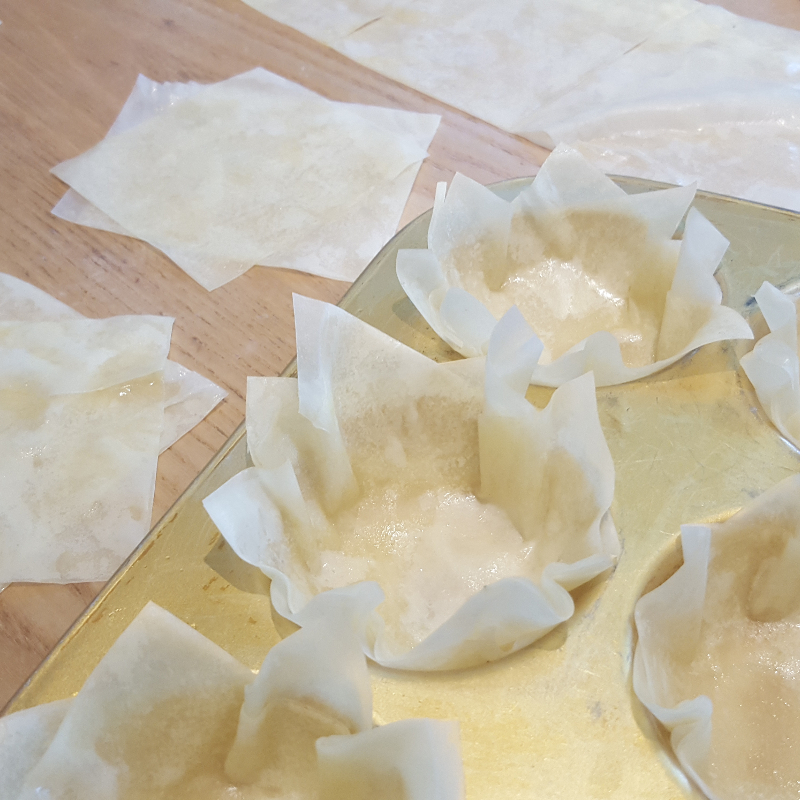 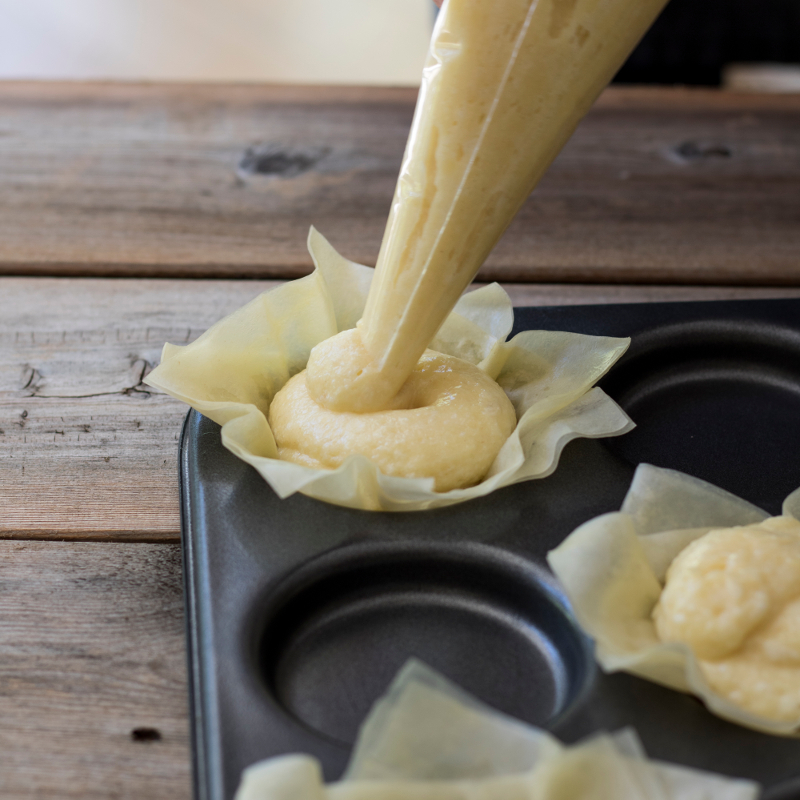 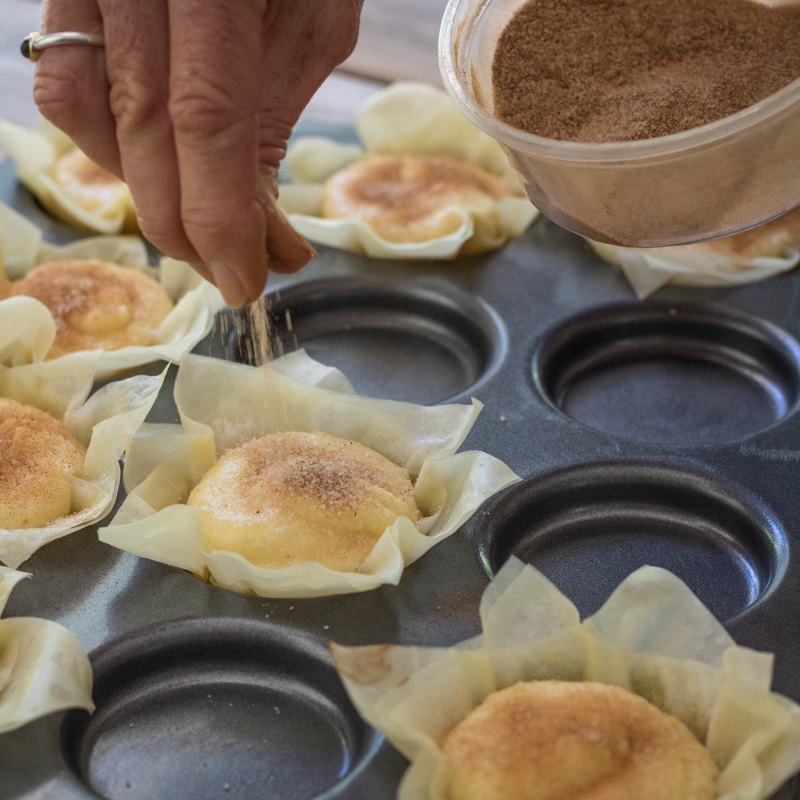 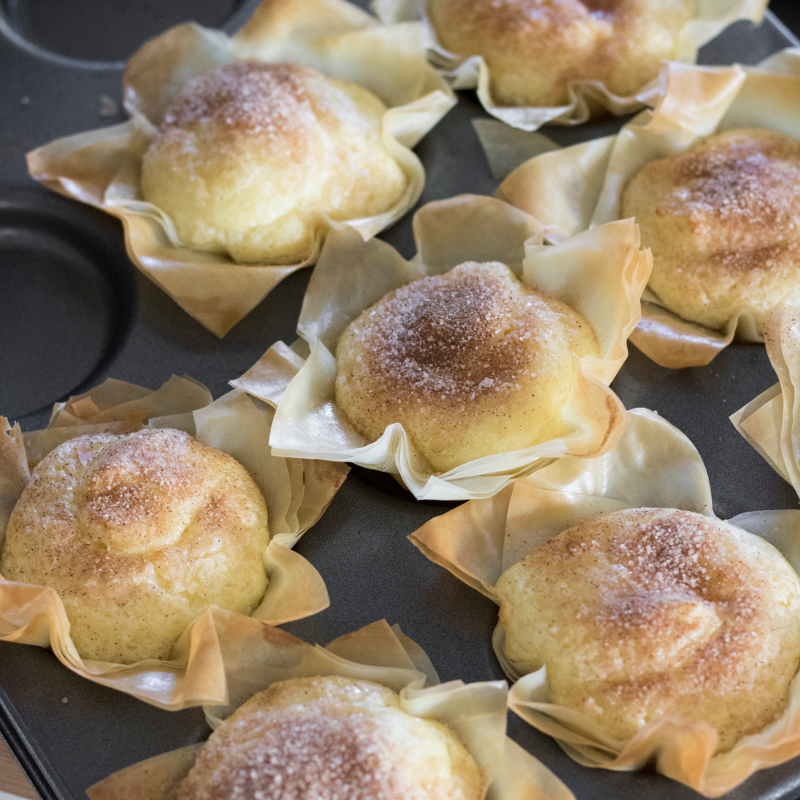