Serves 6
A lovely summer lunch dish, this is best served at room temperature. Easy to bake in the oven or on a covered braai.
Recipe Category
Vegetarian Side
Products in this recipe

Adjust the oven rack to the middle position.
Preheat the oven to 200°C.
Cut the skinned tomatoes in half lengthways.
Place the pepper halves in an ovenproof dish or on a griddle pan cut side facing up.
Season with Rosemary & Olive Seasoning.
Squeeze ± 1 T (15 ml) of the Roasted Red Pepper Pesto into each pepper half.
Top with a tomato half, cut side down.
Drizzle olive oil over and season tomato generously with Rosemary & Olive Seasoning.
Place in the oven and, after about 15 minutes, just when the peppers start to char, turn the oven down to 180°C.
Allow the peppers to cook for another 15 minutes until they are soft and just starting to collapse. Leave the peppers to cool to room temperature.
The peppers can also be cooked on a griddle pan in a kettle braai with the lid closed. 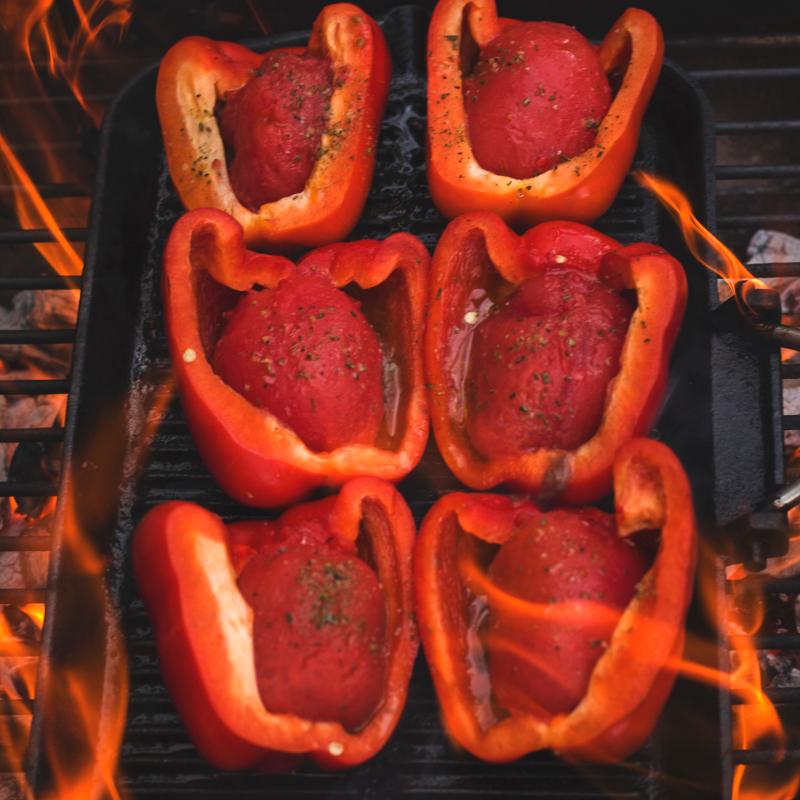 Cook on the braai or in the oven 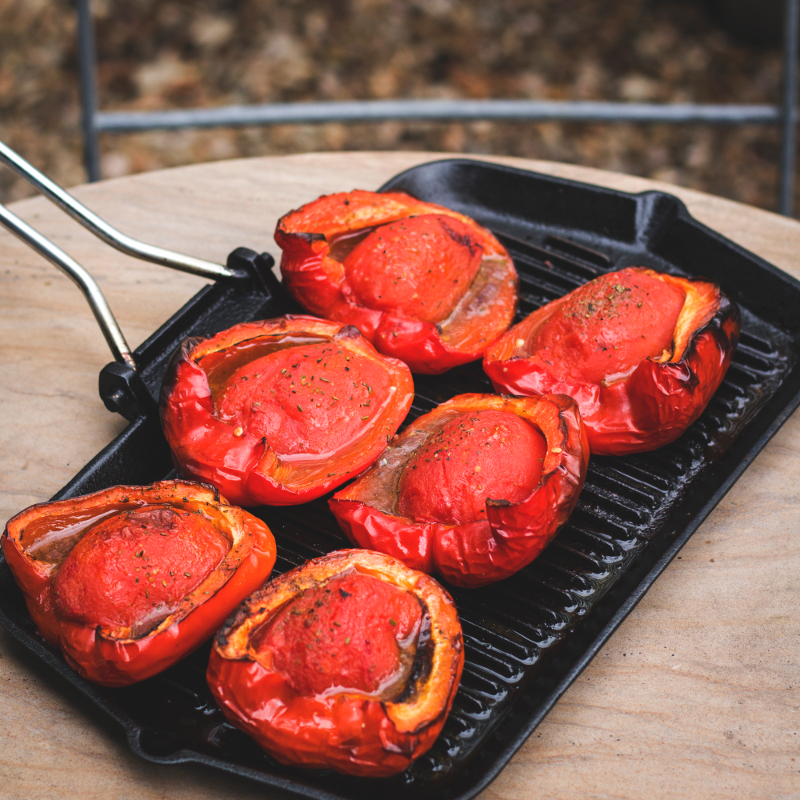